The market town of Beverley's North Bar Within and North Bar Without form one of the East Riding of Yorkshire's most treasured landmarks. Fascinating streets that are divided by a 15th century North Bar contain the one of the largest number of listed buildings in the region. Also this part of Beverley is home to St Mary's Church a stunning building that stands proudly over the streets and is must see for any visitors.
This free web site produced by HU17.net provides full listings of the shops, bars, restaurants & other business that trade within the Georgian Quarter of Beverley. Featuring pictures, videos from the Beverley Georgian Quarter while showcasing rest of the town including the new and exciting development in Flemingate that will add a modern twist to capital of the East Riding. 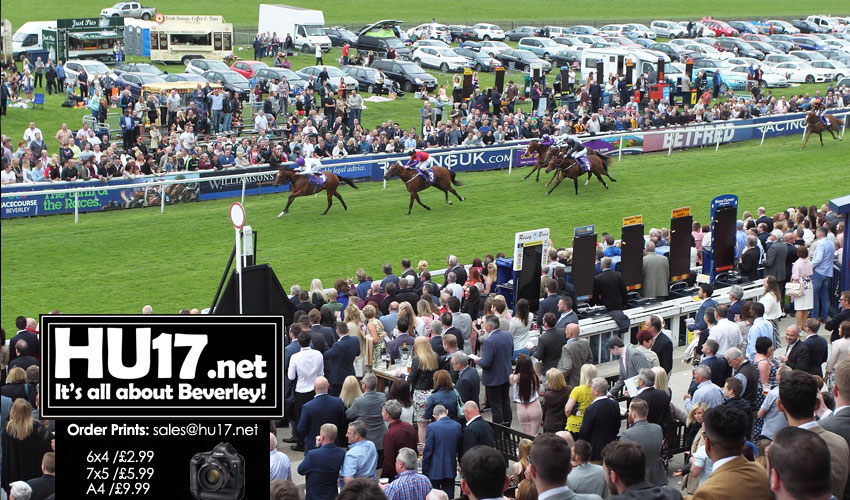 Earlier in March, racegoers throughout the United Kingdom received fantastic news after over 30 British racetracks were awarded an ‘excellent’ rating by VisitEngland,  VisitScotland and the annual Quality Assured Racecourse Scheme. By far, this means that the quality of horseracing venues across the nation is higher than ever before, ensuring that visitors are likely to have an incredible experience. This includes every aspect of a typical race day visit, including early telephone calls and social media interactions, as well as the actual day, from the quality of the experience to the cleanliness of the facilities.

In total, 34 racecourses across England, Scotland and Wales received a score of 80% or higher, meaning that they were all regarded as ‘excellent’. In fact, the lowest score of any racetrack in the nation was 68%, which means every racetrack is at least ‘good’ according to the Quality Assured Racecourse Scheme. Needless to say, there are currently many delighted horseracing fans throughout all of Britain.

Paul Swain, Brand and Experience Manager at The Racecourse Association (RCA), is particularly happy, stating that it is fantastic to see racecourse experiences improving across the board. “It is a testament to the level of investment that racecourses have made in facilities and staff training that we are seeing the higher levels of quality in terms of customer experience than ever before,” Swain continued. “Racecourses have sustained this drive for improvement and we’re committed to supporting them to continue to raise the bar.”

Meanwhile, Gordon Smith, National Strategic Partnerships Manager for VisitScotland added: “I am delighted to hear that quality standards across these racecourses have continued to improve. However, it’s about more than just the stars on the sign – it is about the entire visitor experience and driving improvement in that experience throughout the country.”

Of course, we here at BGQ are also thrilled as not only were many of the racecourses awarded the ‘excellent’ rating near our not so humble town, but Beverley Racecourse was actually one of the top twelve racecourses named in the Quality Assured Racecourse Scheme. Beverley even received honourable mentions alongside Aintree, Bangor-on-Dee, Chelmsford City, Cheltenham, Newbury and York for exceptional staff customer service.

To celebrate, we’d thought we’d take a closer look at the excellent local racecourses that racing fans can visit and experience for themselves. All of the following racecourses are under 150 miles away, and all sit within the top twelve in the country so are absolutely worth a visit.

First on our alphabetical list of excellent racecourses, we have the world-famous Aintree track. Approximately 125 miles away from Beverley centre, this Merseyside gem is renowned for hosting the Grand National, a staple in British culture that has attracted thousands of viewers from around the globe each and every year since it was first introduced in 1836.

It is perhaps the challenge of Aintree racecourse that attracts so many fearless jockeys, impressive horses and thrill-seeking onlookers, many of whom like to get in on the action by betting on their favourite to win – SkyBet are even offering a £10 no-deposit bet for those looking for a risk-free gamble. To this day, the course is regarded as one of the most difficult in the world, with 16 steeplechase fences which are mostly covered in spruce with the exception of the water jump.

We all know everything there is to know about Beverley Racecourse, but we’re feeling so proud we just had to include it. Racing first came to Beverley in 1767 when the first annual meet was scheduled, and the first grandstand was commissioned at a cost of £1,000, though before this there had been little to no racing in the area. Since then, racing has continued to become a staple in Beverley, attracting thousands of fans each and every year. In 2018, we can expect plenty of fixtures including a Season Opener, a Half-Term Raceday with Hull FC and A Very British Raceday, which sounds very interesting.

Known locally as the Roodee, Chester Racecourse is about 132 miles away from Beverley but is well worth the drive. Not only is Chester home to the oldest racecourse that is still active in the whole of England, but it is also the smallest significant racecourse in England, at just one mile and one furlong in length. Of course, this means that there are also plenty of legends surrounding the racecourse, including one that centres around none other than the Virgin Mary herself. According to local tales, a statue of Mary was buried in the middle of the course under a mound after it fell and killed Lady Trawst, the wife of the governor of Hawarden. A jury of 12 men found the statue guilty and demanded that the statue be buried on the course. Spooky.

It seems Merseyside is home to quite a number of racecourses, many of which have excellent ratings as of 2017. Just 110 miles from Beverley you’ll find Haydock Park, a charming racecourse that is unfortunately often overshadowed by Aintree. Despite this, the track has been awarded Racecourse of the Year on two occasions, in 1998 and 2000. Haydock Park opened all the way back in 1899 and has since evolved into a favourite amongst locals. In addition to the reasonably lengthy track (1 mile and 5 furlongs), this racecourse features a delightful champagne bar that really makes the entire experience of a race day that much more enjoyable.

Just 68 miles away from Beverley in North Yorkshire, you’ll find Ripon Racetrack, a thoroughbred horse racing location also known as the Garden Racecourse. Horse racing in this area of Yorkshire dates all the way back to 1664 when the town hosted the first Bondgate Green meet, though Garden Racecourse didn’t open officially until August 6 1900. It is worth mentioning that Ripon hosted the first ever horse race featuring female jockeys in 1723, bringing national attention to the small town. Clearly, the Ripon races are well ahead of their time and anyone who attends is sure to have a fantastic time.

We leave Yorkshire for a brief second to explore Uttoxeter Racecourse, home to the Midland’s Grand National. Located on 110 acres of beautiful Staffordshire countryside just 108 from Beverley, this racecourse is a stunning venue indeed. Built in 1907, Uttoxeter has certainly seen it’s fair share of problems, from wartime shutdowns to fires as recently as 2006. Still, the venue and staff are clearly making an effort to ensure that all those who attend have the best experience possible, whether they’re visiting to watch the March Midland’s Grand National, the Summer Cup or one of the many other races that take place on site each and every year.

Finally, how could we ever cover the best local racecourses without mentioning the fantastic York Racecourse, which is practically on our doorstep at just 30 miles away. In terms of prize money, York is second only to Ascot when it comes to prizes per meet. It’s no wonder then that the venue attracts approximately 350,000 attendees each year and has the honour of hosting three of the United Kingdom’s Group One races – of which there are only 31 in total. In 2005, York Racecourse even hosted the Royal Ascot while it’s usual home was undergoing a £185 million renovation. That must have been incredibly exciting for all local racegoers!

There you have it, seven of the top racecourses in all of England, Scotland and Wales, and all of which are within 150 miles of Beverley. Please do let us know in the comments below if you’ve had the pleasure of visiting any of these destinations, or if you’re planning to visit them in the future. Just leave a comment below! 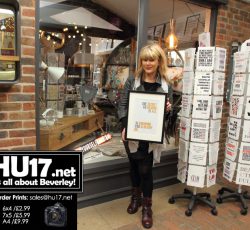 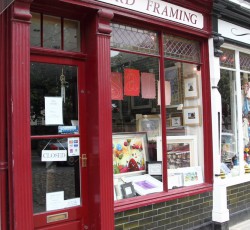